In our interconnected world, having clients or team members in Australia is no longer rare. No matter where you are in the US, people in Australia are only one phone call away. But while you can do business in the Land Down Under without living there, you do need to learn how to call Australia from US phones.

In this article, we’ll teach you how to call Australia in four steps, then explain the costs of international calling and how to lower them with a VoIP phone service.

Step-by-step guide to call Australia from the US

Australian phone numbers are some of the simplest international numbers to dial. Thanks to the country’s basic dialing codes, you only need to memorize a handful of digits to successfully call any of your clients or team members.

How to call an Australian landline number from the US

When you call a landline in Australia, you always need to know your call recipient’s location or their area code.

For calls from USA to Australia dial: 00 + 61 + area code + telephone number. Let’s break this down step by step.

The US exit code (011) tells your carrier that you want to make an international call. Entering this international code ensures your phone call gets routed outside of the US

If you’re using a smartphone or OpenPhone, you can dial the plus symbol (+) instead of the US exit code, so you don’t need to worry about memorizing a three-digit number.

Dialing the country code 61 tells your carrier that you want to reach Australia. This way, your phone call can enter the right country after exiting the US.

After completing this step, the number you’re dialing should appear as 01161 or +61.

All Australian landlines start with local area codes, just like US phone numbers. Luckily, Australia only has four two-digit codes you need to remember — and since you always drop the zero when dialing, you only need to remember one digit.

If you don’t already know the full local number of the person you’re calling, find the right Australia area code with the following table.

Keep in mind that some people located in small towns near state borders may have different area codes. For instance, people in Barnawartha, Victoria — which has a population of less than 1,000 — often use the NSW area code (2). This is why it’s always ideal to collect your call recipient’s complete 10-digit telephone number, which includes their area code, before dialing.

4. Dial the rest of the phone number

Enter the rest of the phone number you want to reach before starting your call.

How to call an Australian mobile number from the US

Calling Australian cell phone numbers is a lot like calling a landline, only you don’t have to memorize area codes or know your caller’s city. Follow these four steps to call Australian clients or team members on their mobile phones.

Enter the US exit code (011) or enter the plus symbol (+) if you’re using a smartphone or OpenPhone.

Dial Australia’s country code 61 to route your call to Australia.

The mobile phone calling code (4) replaces the city code used for landlines when you’re calling a cell. This is because all Australian mobile phone numbers share the area code 04 — and you always drop the zero when you call Australia from the US

4. Dial the rest of the phone number

How to factor in time zone differences when calling Australia

When your clients or coworkers are nearly half the world away, the start of your work day may be their bedtime. 💤

The easiest way to understand time differences between the US and Australia is by using a time zone map (or Google “time in x-city”). However, if you want to calculate the differences yourself, you need to know two facts:

With these facts in mind, here are the three standard time zones for Australia’s eight mainland states and territories:

How much does it cost to call Australia from the US?

The cost of calling Australia from the US depends on your carrier. However, when you’re using a traditional landline or cell phone, the cost of international calls can add up. Pay-as-you-go rates often exceed $1 per minute. For instance, T-Mobile charges $3 per minute for calls to Australia from any type of phone, which means you’d need to pay $90 for a 30-minute phone call. 😬

You can save some cash by signing up for an international calling plan, but options that include Australia tend to be costly, and you’ll still need to pay per minute.

How to lower your calling costs to Australia

Making international calls doesn’t have to be expensive. When you want to lower the cost of your calls to Australia, switching to a VoIP phone system is the best option. With OpenPhone, you can call your Australian clients and team members for as low as 5 cents per minute.

The best VoIP providers for international calls don’t just make calling more affordable. They can also help you be more productive by offering more business features than landlines and cell phones. When you get started with OpenPhone, you can improve communication with your Australian contacts by using features such as:

Plus, since all you need is an internet connection and a device to make calls, you can use your VoIP phone to call Australia from almost anywhere — not just the US — at low rates.

Call Australia for less with OpenPhone

Calling Australia from the US is a simple process that takes no more than four steps. All you need to know are the right calling codes and your call recipient’s phone number — as well as their time zone if you want to avoid calling in the middle of the night.

While international calls can be expensive with landlines and cell phones, switching to VoIP can lower your per-minute costs to as low as 5 cents per minute. You’ll only need to invest a little — though with OpenPhone, you’ll still get a lot more business features than you would with a traditional phone. Start your free trial of OpenPhone.

Emily is a freelance business and marketing writer based in the desert, though her writing is anything but dry. Her passion is writing compelling, human-friendly content that helps growing businesses perform better. 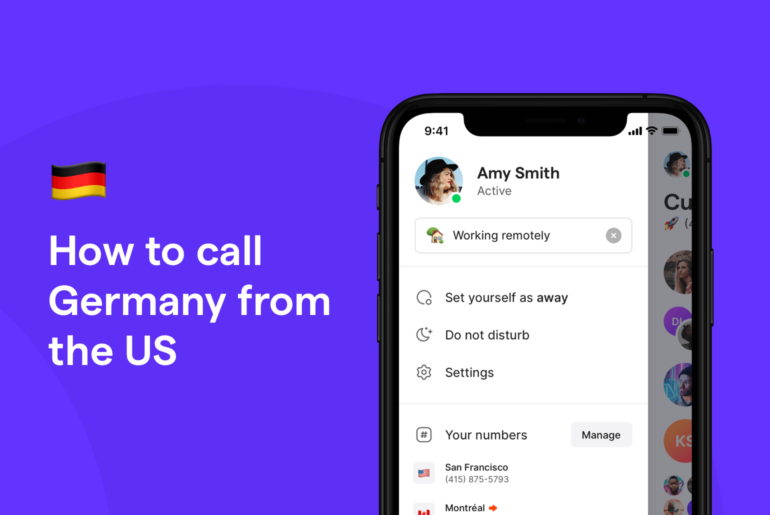 How to call Germany from the US: Step-by-step guide 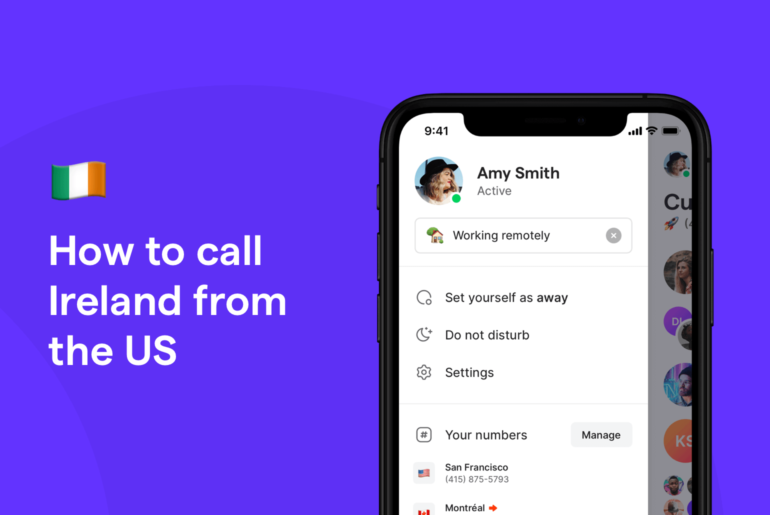 How to call Ireland from the US in 4 simple steps 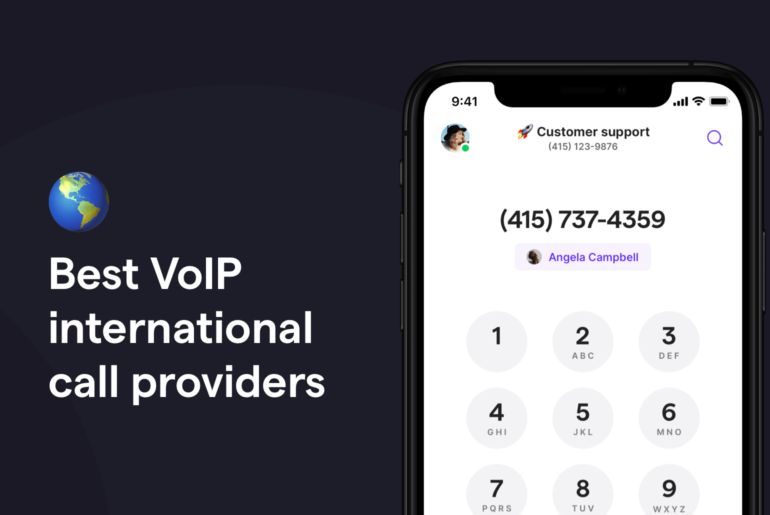