You’ve probably grown tired of this question, even more so if you work remotely.

WiFi calling solves one of the biggest shortcomings of cell phones: lack of cellular coverage. With WiFi calling, your team can make and receive calls over a wireless network with internet access without worrying about poor cellular reception.

What is WiFi calling?

WiFi calling involves making and receiving calls through an internet connection instead of a cellular service. As long as you’re connected to a WiFi network or WiFi hotspot, you can use WiFi calling for voice calls (including domestic and long-distance international calls), video calls, and text messaging.

You’ve probably used WiFi calling without realizing it. Have you called a friend on WhatsApp? Or used Skype to video call your parents? That’s WiFi calling.

Now that you know what WiFi calling is, let’s talk about how it works.

How does WiFi calling work?

WiFi calls route over WiFi instead of a mobile carrier. When you place a WiFi call, your device uses Voice over Internet Protocol (VoIP) technology. VoIP works by converting your voice into compressed data packets and sends them to the receiver via the internet. The data packets are uncompressed and converted back into audio on the receiver’s end and delivered as sound.

Many WiFi calling apps use VoIP, including Facebook Messenger. You can also make WiFi calls without an app if your carrier and your phone support WiFi calling.

Most modern Apple and Android devices and major networks like AT&T, T-Mobile, and Verizon support WiFi calling, but you might need to enable WiFi calling yourself. You can do this by going into the settings app on your iPhone (or any iOS device) or Android phone and enabling the WiFi calling feature from the connection settings.

When configured correctly, a modern cell phone can also transfer calls to LTE if you move outside the range of a WiFi network during a call.

There are several benefits to using WiFi calling for business. It allows you to make HD voice calls — a wideband audio technology for high-definition voice calls — as long as you’re connected to the internet, even when traveling to remote areas with a poor mobile network. This means you can talk with high-definition audio no matter where you are.

While connectivity is the most prominent benefit, there are other benefits of using WiFi calling:

What is the difference between cellular data and WiFi calling?

There’s no difference from a call recipient’s perspective between a regular phone call and WiFi calling. You type in the phone number or select a contact and make the call, just like you normally would. The difference is on the backend.

WiFi calling uses your internet connection through VoIP to make calls, so you won’t need to worry about poor network coverage.

When you use a cellular network, your calls rely on the provider’s cell towers. When you make a call, it’s broadcasted through the towers, so the signal strength directly impacts the call quality.

Most modern mobile devices from major brands like Apple and Samsung offer a WiFi calling option if you’re using your phone purely for personal reasons.

If you’re a business looking for a VoIP phone system for WiFi calling, you’ll need something with functionality geared specifically for business communication.

Below, we’ll talk about six of the best WiFi calling providers to help you choose the best one for your business.

OpenPhone is a versatile VoIP phone service that uses your device’s internet connection for making calls and sending text messages, both SMS and MMS. With OpenPhone, you can make calls using your computer or mobile phone, even if it’s on airplane mode. ✈️

You’ll have access to all the details you need to make a business call — including call history and contacts — at all times, even when you’re traveling. OpenPhone offers business functionalities that other providers lack or require you to pay extra for, such as:

Plans start at just $10 per user per month. You can try out calling and texting using OpenPhone for seven days with a free trial.

Google Voice is a reliable business phone service but doesn’t have a desktop app. You’ll need to use the web version to make calls on your computer. Google Voice’s free plan offers domestic calling and texts and voicemail transcriptions.

But that’s pretty much it unless you upgrade to Google’s paid business plan, Google Voice for Google Workspace. However, their base plan ($10 per user month) doesn’t include IVR, auto-replies, or shared numbers.

Grasshopper is a VoIP phone system for small businesses. It offers all its features on all plans, including call forwarding, voicemail inbox, and auto-replies.

But these features come at a cost. Subscribers pay a per-line price starting at $26 a month for one phone number and three extensions. Want more phone numbers? That’s $10 extra per phone number. The pricing structure makes you pay for features you’ll likely never use if you’re a small business, including virtual fax. 😬

Skype is a free voice and video calling app available on almost all devices. It also offers basic functionality that a business might find useful, like two-way SMS and caller ID.

However, it’s far from adequate to work as a business’s primary VoIP system.

Skype for business is no longer available — and their support team recommends using Skype’s free version only for businesses that have 20 or fewer employees. You’ll get one free phone number, but that’s only for incoming calls. If you need to call customers and leads, you’ll need to pay for credits.

RingCentral is an advanced VoIP phone system with features geared toward large businesses. If you’re a growing business, RingCentral might put a big dent on your income statement. You’ll end up paying more money for features you’ll likely never use, such as having up to 200 participants on a video meeting and unlimited internet faxing. Plus, it comes with a steep learning curve. For some teams this is a dealbreaker as the best WiFi calling apps and business phone systems are more intuitive.

You get unlimited calling to Canadian and US numbers, but it lacks MMS support. Other than that, it has a variety of features, though many are only on higher-tier plans.

RingCentral comes with lots of bells and whistles, but there are more cost-effective alternatives that offer similar features.

WhatsApp is free, secure, and reliable. Your communication on WhatsApp is end-to-end encrypted, so you never need to worry about security.

It lets you communicate via message, voice, and video. You can use WhatsApp to call your overseas business connections, but it was built for personal use, not business communication. WhatsApp doesn’t offer any of the VoIP phone system functionalities you’d want for business communication, like shared phone numbers, voice-to-text transcription, or integrations.

Once you understand what WiFi calling is, you know how it can streamline business communication. It gives your team the flexibility to make and receive calls no matter where they are, as long as they have access to a WiFi connection.

OpenPhone defaults to using your WiFi connection so you don’t overspend on data. If you move outside of a WiFi network, OpenPhone helps prevent the call from dropping by using data. With OpenPhone, you can easily scale your phone system as your business grows, as pricing starts at $10 per user per month.

Sign up for OpenPhone’s free trial and get WiFi calling set up quickly.

What is WiFi calling FAQ

Can I use WiFi calling overseas without paying a large amount?

Yes, you can use WiFi calling overseas. Many providers will include the cost of WiFi calling in your phone plan. You won’t have to pay an additional charge for calling US numbers from overseas if you’re using a US number from a VoIP provider, but it’s best to double-check this with your provider. Your service provider will likely charge extra for international long-distance calls to non-US numbers.

Is WiFi calling considered VoIP or the same thing as VoIP?

Arjun is a freelance writer specializing in marketing and technology. When he's not in front of the screen, he likes to cook and play with his Labrador. 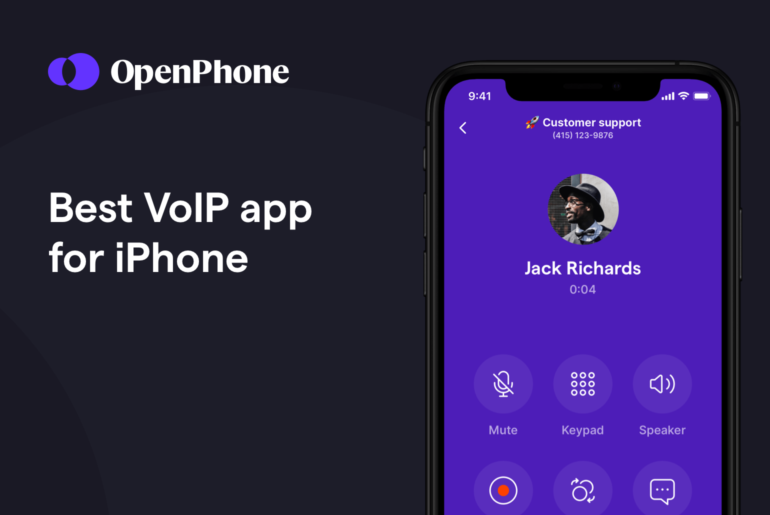 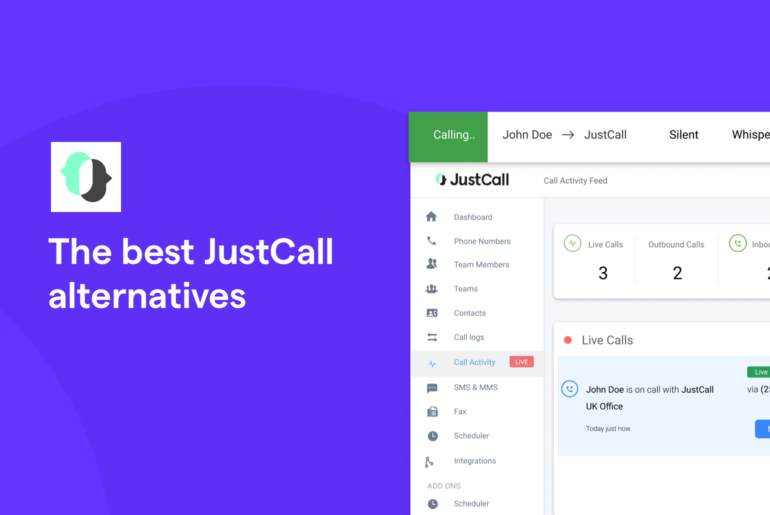 The best JustCall alternatives in 2022 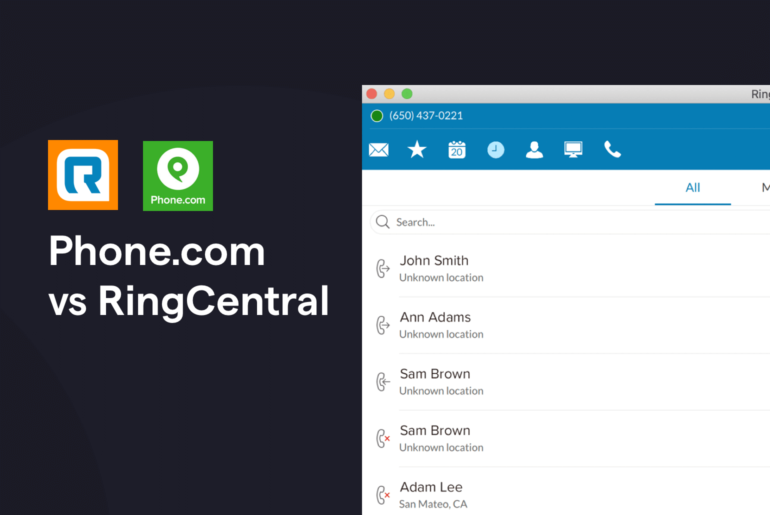 Phone.com vs RingCentral: Which is the better business phone solution?