Pricing
Product
Phone numbers
Get dedicated phone numbers for work, or bring your own
Contacts
Stay on top of your relationships with a lightweight CRM
Calling
Make calling a more seamless and convenient experience
Teams
Bring along your team and start communicating faster
Messaging
Fast and efficient texting for individuals and teams
Integrations
Connect with other tools you love to use everyday
Use cases
Startups
From incorporation to IPO
Small businesses
Top-rated small business phone
Professional services
Elevate your client experience
Real estate
Close more deals
Education
Enrich your student experience
Logistics & transportation
Streamline your operations
Company
About us
Meet the OpenPhone team
Press
See OpenPhone in the press
Careers
We’re hiring! See our open roles
Blog
Resources
Customer stories
Learn how others use OpenPhone
Downloads
Get OpenPhone for any device
Help Center
Get answers to all your questions
What’s new
Check out what we've launched
Live demo + Q&A
See OpenPhone in action
Tutorials
Learn how to use OpenPhone
System status
Monitor uptime
Log In
Talk to SalesTry for free ->

The faster we can get on the phone with someone, the better we can establish a relationship that leads to a deal.

After years in the tech industry, Callan Faulkner decided to take a break. Her break led to co-founding Solterra Property.

Their business depends on making timely connections with landowners who want to sell and buyers who wish to own. Callan and her co-founder Jon Kattke's goal is to help clients learn more about a property, even if they decide not to work with them.

Just like any other real estate land company, Solterra contacts property owners via mail, text, or call. But whereas other land companies communicate through texting and cold calling, Solterra’s main goal is to build authentic relationships with folks first — then close deals over phone calls.

Many clients have owned their land for a long time, and some are in vulnerable positions when they decide to sell because of family or financial situations. They may be eager to make a change or have to make a change. Either way, they want to know they’re in good hands.

Solterra initially had one phone number through Google Voice, which quickly became a problem. They’d get a lead on a seller, but getting that potential inbound seller connected to the right person was challenging. Callan’s team also needed to know when a potential buyer was calling.

I have a partner in the business, so we needed a solution that rings both of our phones simultaneously and whoever is available can grab it. That was the immediate use case for us. 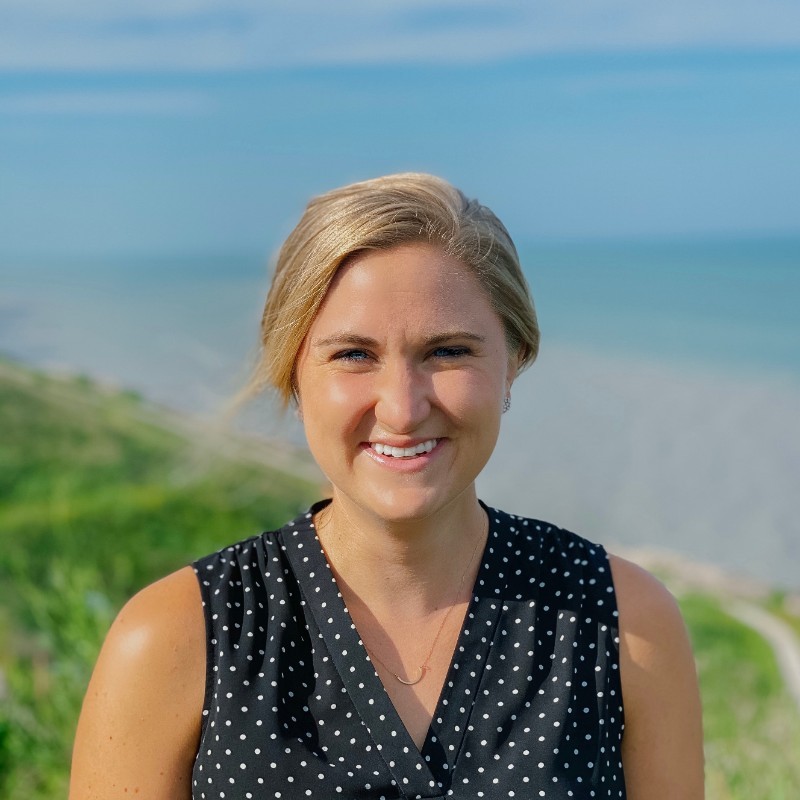 They quickly realized they needed multiple phone numbers dedicated to answering calls from buyers and sellers respectively. That way, they could handle calls efficiently and focus on the human side of the business.

Being a small business, they didn’t have a big budget. When they looked at options, the partners didn’t know how companies like theirs could afford most phone services. Callan recalls, “We're looking at these phone systems and, I'm like, how in the world do people do this?”

OpenPhone is so, so intuitive and it works the way it's built. And I wish I could say that about every tool, but so many just don't work the way they're supposed to.

After discovering OpenPhone checked all these boxes, Callan still had one worry. She remembers, “One of the hesitations I had, in the beginning, was, oh man, I've been using this Google Voice number forever. All my sellers know this number.” But she quickly discovered they could set up call forwarding to their new OpenPhone number. OpenPhone also solved the problem of needing multiple phone numbers. Solterra now has separate phone numbers to field calls from buyers and sellers.

“We're simultaneously talking with sellers and buyers,” explains Callan. “So it was important to separate the two. When they called in, I needed to be able to see, is it a seller or is it a buyer?” With OpenPhone, it’s easy to see which number is ringing and who is calling.

Both founders’ phones ring when clients call, and whoever is available takes the call. Callan says, “The faster we can get on the phone with someone, the better we can establish a relationship that leads to a deal.”

“OpenPhone is so, so intuitive and it works the way it's built. The calls come in and any voicemails are transcribed; it just works. And I wish I could say that about every tool, but so many just don't work the way they're supposed to,” says Callan.

They use texting to generate leads or gauge a landowner’s interest level in selling their properties. However, many real estate professionals are after the same clients, bombarding them with letters and texts. Solterra knows that building a trusting relationship requires a special kind of connection with potential sellers, and connecting with customers on a phone call rather than just texts and letters “is an absolute gamechanger and definitely a differentiator for us in our business,” admits Callan.

OpenPhone allows Solterra Property to build immediate and meaningful connections with their potential land sellers and buyers, the lifeblood of their business.

Start your free trial to give your team shared numbers like Solterra Property.

Try for free
Delightful and powerful business phone for professionals, teams, and companies.

Company
About
Press
Careers
Terms of Service
Privacy Policy
Fair Use Policy
Email Us
Resources
What’s New
System Status
Live Demo + Q&A
Downloads
Partnerships
Compare
OpenPhone vs Google Voice
OpenPhone vs RingCentral
OpenPhone vs Vonage
OpenPhone vs Grasshopper
OpenPhone vs Line2
Blog
Can I have more than one Google Voice number on my phone?
What is VoIP texting?
What is a VoIP phone system?
What Is a Toll-Free Number & How Do You Get One?
How to Get a Second Phone Number
How to get a US phone number from outside the US
How to Get a Canadian Phone Number
Check out all posts ->
Copyright 2022, OpenPhone Technologies, Inc. All Rights Reserved.