🎉
We've raised $40M to build the world's most collaborative and integrated business phone. Read more on our blog ->
Pricing
Product
Phone numbers
Get dedicated phone numbers for work, or bring your own
Contacts
Stay on top of your relationships with a lightweight CRM
Calling
Make calling a more seamless and convenient experience
Teams
Bring along your team and start communicating faster
Messaging
Fast and efficient texting for individuals and teams
Integrations
Connect with other tools you love to use everyday
Use cases
Startups
From incorporation to IPO
Small businesses
Top-rated small business phone
Professional services
Elevate your client experience
Real estate
Close more deals
Company
About us
Meet the OpenPhone team
Press
See OpenPhone in the press
Careers
We’re hiring! See our open roles
Blog
Resources
Customer stories
Learn how others use OpenPhone
Downloads
Get OpenPhone for any device
Help Center
Get answers to all your questions
What’s new
Check out what we've launched
Live demo + Q&A
See OpenPhone in action
Tutorials
Learn how to use OpenPhone
System status
Monitor uptime
Log In
Talk to SalesTry for free ->

How OnCentive delivers a great client experience with OpenPhone

Every year, the U.S. government sets aside over $150 billion in tax credits and incentives to businesses, but only 2% of eligible small businesses actually take advantage of the credit. That leaves $146 billion sitting in bank accounts, just waiting to be claimed. It’s not that they don’t want or need the money, it’s that businesses don’t know it exists. With over 3,000 tax credits available, it’s impossible for most companies and even tax professionals to keep track of them all. That’s where OnCentive comes in.

"We make sure businesses of all sizes can take advantage of the very complicated tax credits that the government is giving out," says Chris Wright, president of OnCentive, which has helped hundreds of businesses claim over $1.5 billion in tax credits.

OnCentive works with businesses over the phone to support them through the tax credit qualification process and then helps those businesses to actually claim those credits. Previously, OnCentive used Nextiva for their business phone service, which Chris describes as a traditional VoIP system with a legacy-style network setup.

When Chris joined the company in 2021, he immediately identified the communications issues caused by their outdated VoIP phone system.

The ability to see what everyone is doing and share communications actively and being able to tag teammates within a conversation ... For everyone to have visibility into what’s going on, I think that’s probably the biggest thing that OpenPhone solves. 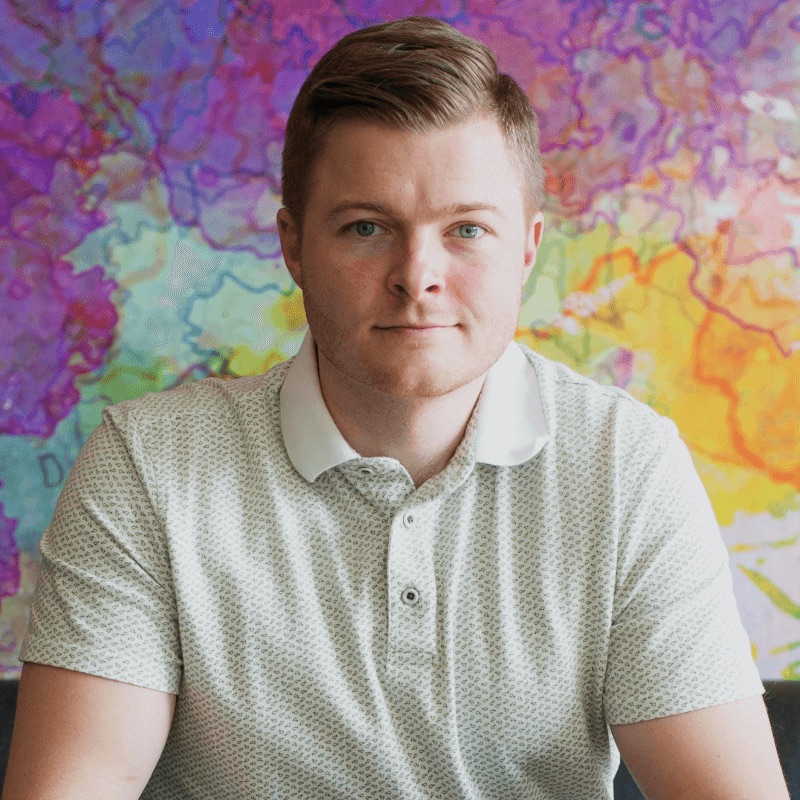 Chris’s team members each had their own phone number to communicate with clients, however, due to the traditional setup, communication between departments was difficult and information was siloed. Different teams of people at OnCentive work on qualifying businesses for different credits. Once qualified by the sales team, those accounts are handed over to the operations team to process the credit application.

Nextiva made it possible for OnCentive to give teams working on different credits their own unique phone numbers, but the handoff from sales to operations was still painful.

Those communication challenges led some OnCentive’s employees to continue using their personal phones to conduct business — which introduced further challenges. "We had clients calling people at nine o’clock at night or four o’clock in the morning just to ask us questions," recalls Chris of life under the old system.

What they needed was a reliable, central resource for communication to and from the company. Wright turned to OpenPhone, which he was familiar with from a previous company.

"OpenPhone is almost like Slack for phone numbers," says Chris. With OpenPhone, different sales teams focused on the complexities of specific tax credits still have their own shared number that anyone on the team can answer. But now they can also communicate internally on those sales conversations and then pass the complete communications history for each qualified client over to the operations team.

"The ability to see what everyone is doing and share communications actively and being able to tag teammates within a conversation that’s only internal is very nice," says Chris.

Using OpenPhone keeps all the teams at OnCentive aligned. Collaborating on customer communications within a shared inbox dedicated to a specific phone number breaks client calls out of the silos they were in previously and allows team members to easily share information with each other.

And what about keeping business on business phones?

Now the team gets far fewer calls at random hours because they give out their OpenPhone numbers instead of their personal numbers.

"Thankfully now we have office hours,” says Chris. “Simple things that are very intuitive that you’d think would be readily available but just aren’t as easy to implement as they should be — but they are with OpenPhone."

OpenPhone packages a powerful shared communications platform in an easy-to-use platform that helps OnCentive simplify and streamline their customer calls and keep everyone in the loop.

Are you ready to communicate better with customers?

Start your free trial to begin delivering a better customer experience like OnCentive.

Try for free
Delightful and powerful business phone for professionals, teams, and companies.
Company
About
Press
Careers
Terms of Service
Privacy Policy
Fair Use Policy
Email Us
Resources
What’s New
System Status
Live Demo + Q&A
Downloads
Partnerships
Compare
OpenPhone vs Google Voice
OpenPhone vs RingCentral
OpenPhone vs Vonage
OpenPhone vs Grasshopper
OpenPhone vs Line2
Blog
Can I have more than one Google Voice number on my phone?
What is VoIP texting?
What is a VoIP phone system?
What Is a Toll-Free Number & How Do You Get One?
How to Get a Second Phone Number
How to get a US phone number from outside the US
How to Get a Canadian Phone Number
Check out all posts ->
Copyright 2022, OpenPhone Technologies, Inc. All Rights Reserved.